SPORT AT HAND • You may not know it, but we’re about to have a historic weekend. The reasons for this are varied, but they include one that you might never have thought would happen.

• The World Championship starts on Sunday. That in itself is not unusual. After all, the most popular sport in the world holds its most important event every four years, like the Olympic Games. But this one is special, if that’s the right word.

It happens in late autumn. In Qatar, a tiny nation in the middle of the world’s most volatile region, the Middle East. A country run by an autocrat of supreme authority. A country that wants to show the world its special nature. A country that believes a treaty is just a proposal. 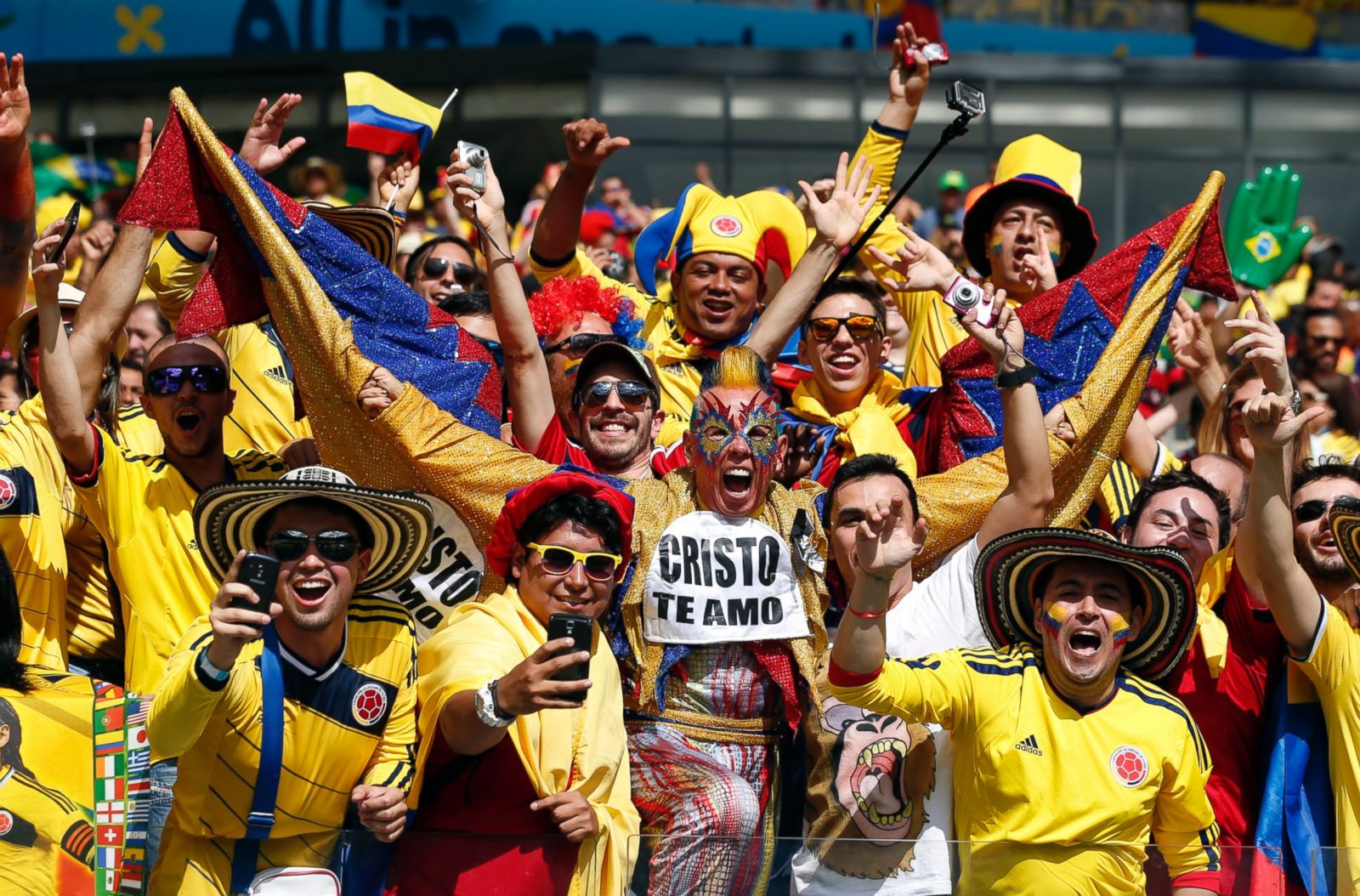 Think soccer. Think football fans. Think sobriety. One of those things doesn’t seem right, does it? But that will happen even though Qatar, despite being a strictly Muslim nation that shouldn’t condone alcohol, agreed to allow beer sales in stadiums when it won the right to host a dozen years ago.

Today that agreement was seemingly declared null and void. No big deal, right? But it’s symbolic. What if the government decides that a red card issued to a Qatari player should be null and void? Will it tell FIFA to make a change or drop out? Who knows? That’s why, despite years of negotiations that initially resulted in beer being served at the stadium before being shunted to outlying locations in September, only non-alcoholic beer was left outside the gates two days before the start of the event, which is so important.

What else can happen? Whether you enjoy watching football or not, this World Cup might be a must-watch on TV just to see what’s happening in the stands, luxury boxes and elsewhere off the pitch.

• What else is this weekend available? Unfortunately no Seahawks game. But maybe her departure came at just the right time. After all, it’s a crowded Sunday. In addition to the World Cup starting at 8am (Ecuador vs. Qatar on FS1), Gonzaga entertains Kentucky at 4:30pm (ESPN) in the arena. In between is the best women’s game of the year, with No. 1 from South Carolina traveling to No. 2 Stanford at 12 noon on ABC.

And that doesn’t include the NFL, although the only “good” game isn’t until 5:20 when the Chiefs play the Chargers (NBC).

Saturday is more typical, although the cougar soccer game starts a bit early for our liking. A noon launch (Pac-12 Network) from Tucson means it’s 11 am here. Heck, the radio pregame show starts at 9, just after WSU fans get up to watch their flag-waving in Bozeman. Yes, GameDay is at the Brawl of the Wild, which means ESPN can colorize a different state on the back of their GameDay RV.

And the Big Game (Pac-12, 2:30 p.m.) is tomorrow, too, but we always felt like California and Stanford were using the term ironically. After all, there will probably be more empty seats than fans at Memorial Stadium. And they’ll enjoy a nice bota-bag of cabernet while watching.

Perhaps the best college basketball game of the weekend, the non-Spokane version, is tonight (4 p.m. ESPN2). No. 16 Virginia meets fifth-placed Baylor in Las Vegas of all places. A school mentored by Tony Bennett vs. a Baptist college in Sin City. Seems a bit off.

Like this weekend. However, we assume that beer will be sold in the arena. 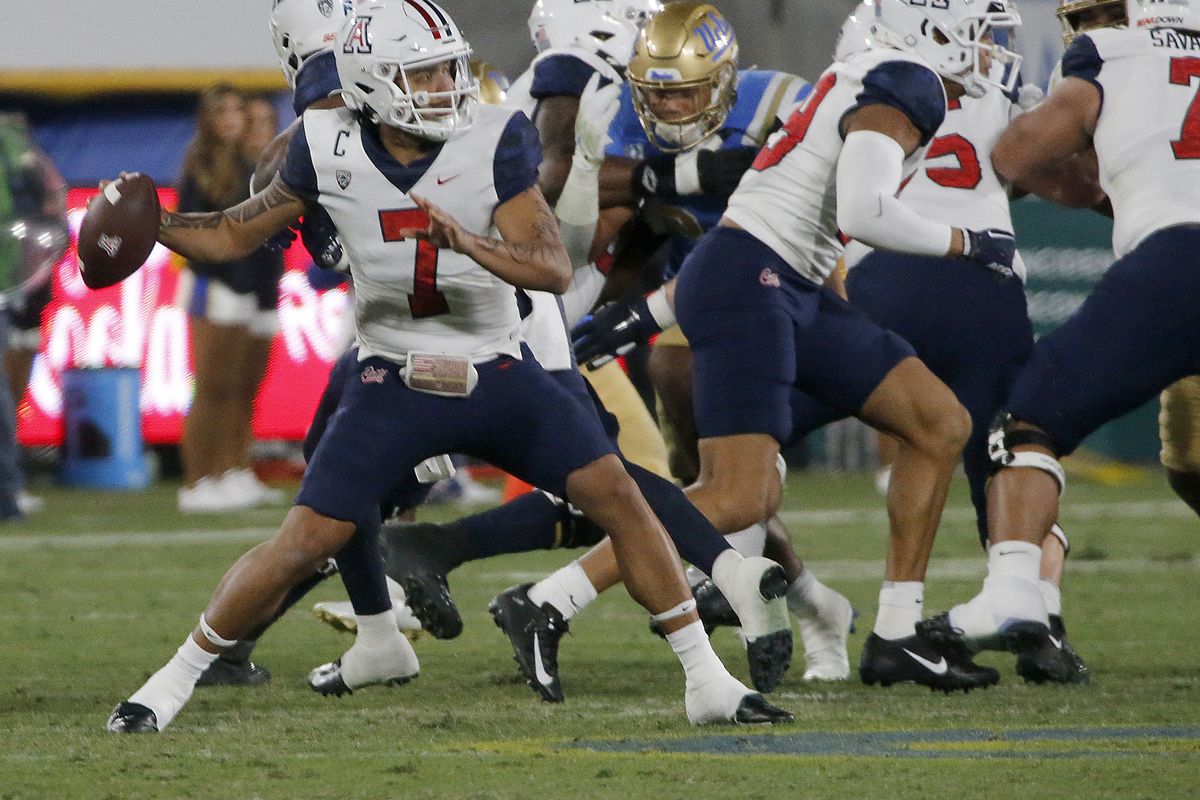 WSU: Yes, it’s Arizona week. Or should we say Jayden de Laura week. The Cougs meet their former quarterback. Colton Clark addresses this matchup in today’s SR. … Elsewhere in Pac-12 and college football, the UC Regents passed their decision over UCLA to the Big Ten by December. Let’s believe there is some discussion in the works involving Pac-12 hierarchy and money. We think the longer the decision lasts, the greater the chance the Regents won’t take the step and give UCLA cover to pull out. Jon Wilner covers this on the Mercury News and has his thoughts. Jon also has his preview of the weekend. … Bruce Feldman thinks WSU will lose. … The Virginia murders involved a Washington player deep into Senior Day. … Utah has exceptional defense. And a great pass attack when Cam Rising is healthy. That’s what Oregon faces in Eugene Saturday, and the Ducks come in with a leaky pass defense and quarterback uncertainty. … Yes, Stanford and California play on Saturday. It’s the last big game for the Voice of Bears in 48 years. … Colorado’s season is drawing to a close. … Is David Shaw’s tenure at Stanford? … The rivalry between USC and UCLA may lose its shine in the Big Ten, but this year means a lot. The Bruins may be without their defensive coordinator. And the game will feature something that has never happened before. … Arizona State will try to anger Oregon State. … On the basketball news, Saturday’s women’s game in Stanford, South Carolina is the best of the weekend. … Colorado’s up and down season continued with a loss to UMass. … Also, Utah lost at home to Sam Houston. … UCLA faces a tough duel with Illinois. …USC plays Mount St. Mary’s. … Arizona State loses a game it should have won, then upset Michigan. … Arizona won again. The Wildcats are playing well.

gonzaga: Before Jim Meehan starts a discussion about Kentucky, he takes one last look at the Texas loss. … The men’s cross-country team is ready for the national championships this weekend. John Blanchette has a preview. … Elsewhere in the WCC, the USD fell to the state of Utah despite a school record set by Eric Williams Jr. (43 points). … It sometimes takes a whole village to develop a basketball player. 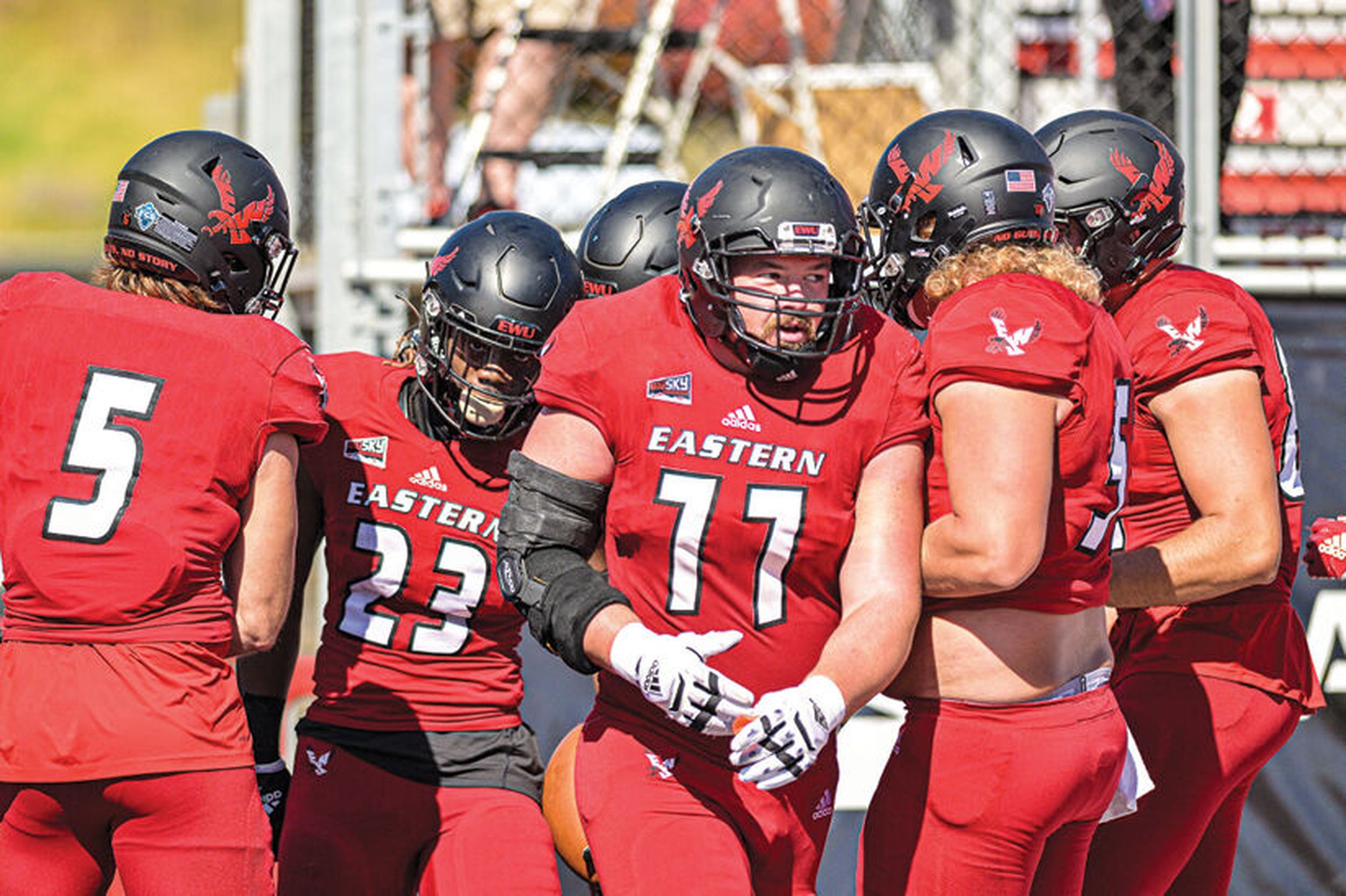 EMU: The Eagles have one last chance to salvage something special from a lost season. Dan Thompson gives a preview of the last home game against Northern Colorado. The Bears have never defeated Eastern as an FCS school. … The Eastern women lost for the first time this season at Oregon State. … Elsewhere in the big sky, yes, the game of most interest is probably that between Montana and Montana State. … The game with the most significance, however, is probably that between second-placed Sacramento State and red-hot UC Davis, who are trying to make a late run to the FCS playoffs. … Yes, Northern Arizona and Weber State decided to have a rivalry. … On the basketball news, Montana won for the first time this season.

Idaho: It’s been a tough week in Moscow. But the football game with Idaho State must go on. Peter Harriman tells us that the UI Seniors are trying to guide through the pain.

Preparations: Dave Nichols might be on vacation this week, but he still has a preview of this weekend’s State Football Playoff games featuring local teams. … Mead and Mt. Spokane are both in the State 3A volleyball semifinals after day one on Thursday.

seafarer: Kyle Lewis was the 2020 American League Rookie of the Year. Now he’s not a Mariner anymore. He’s a Diamondback. Seattle traded Lewis for catcher/outfielder Cooper Hummel yesterday. … The swap for Teoscar Hernandez might be too good to be true. 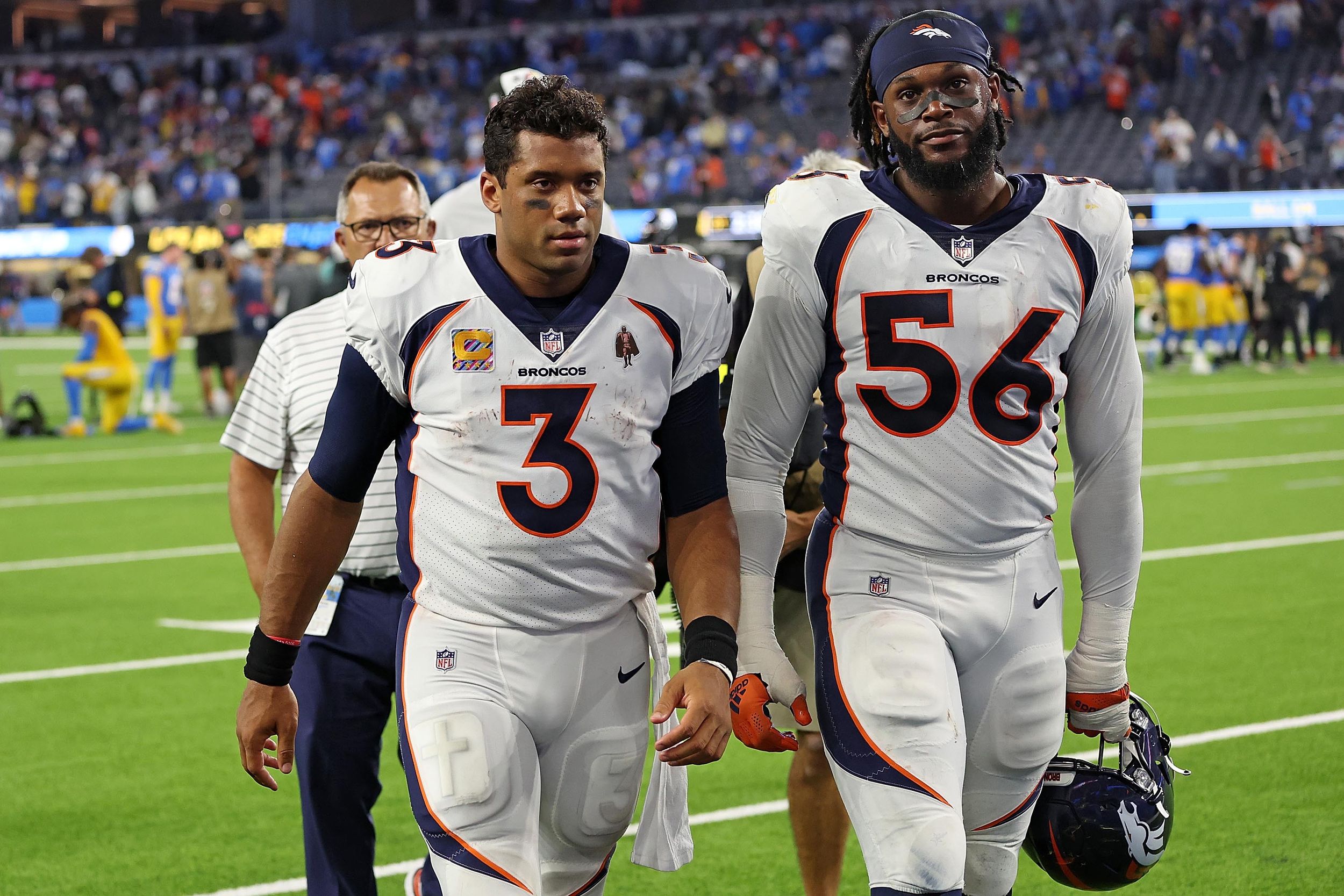 Seahawks: Russell Wilson’s struggles in Denver might make a Hawk fan smile, but more importantly, they must make the front office smile as well. Seattle still has a few draft picks from Denver for next season.

Octopus: Seattle ended their minor slide with a 3-2 overtime win over Rangers. … Yanni Gourde has been in the NHL for much longer than he ever thought possible.

• We have a plan heading into the cougar game this weekend. Let’s count the number of times the broadcast team mentions that de Laura was WSU’s starting quarterback last season. Vegas set the over/under to 14. We will see. See you later …